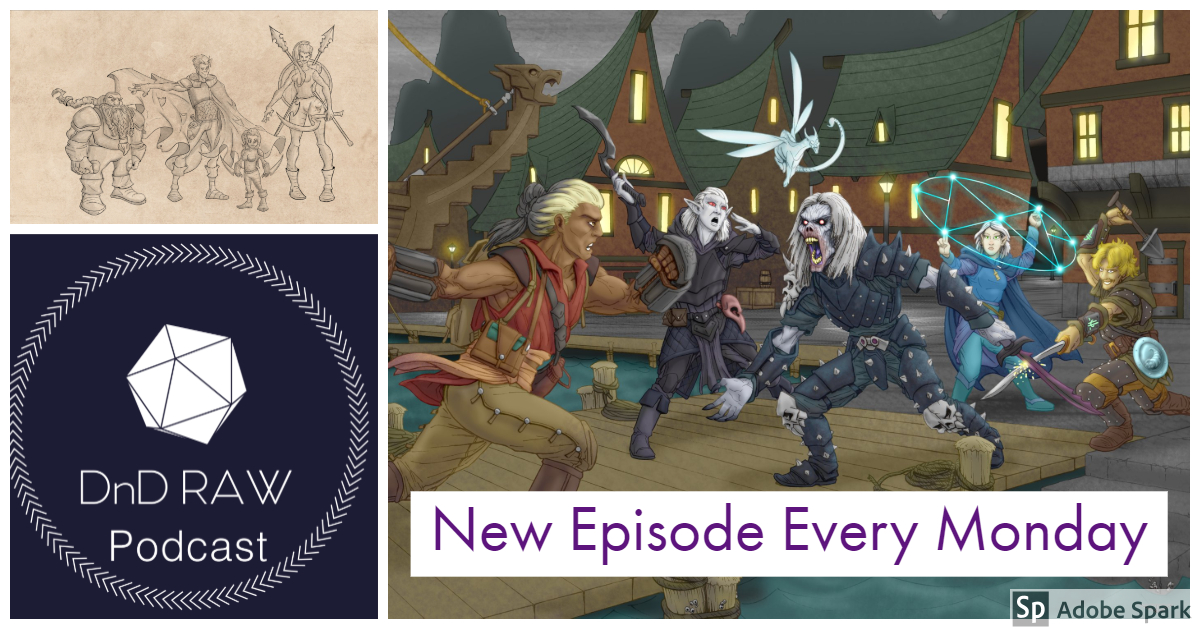 The world of Austea has changed since a party of adventurers saved Orinthal from the sinister Whispered Ones. The future seems bright, as people revel in a world rebuilding from the cataclysm. Magic is common and new technology solves old problems. As the mundane business of making a living absorbs the attention of most, calls to adventure are seldom heard. Yet, clerics and paladins find their magic weakened. And there is a chilling rumor that a powerful deity has died or, at least, vanished.

What is DnD RAW?

DnD RAW is a party of friends who mostly follow rules as written (RAW) for Dungeons & Dragons 5th Edition with unearthed arcana material. We have two diverse parties in our actual play podcast, Serviceable Plots and Rumble Squad, who deliver compelling storytelling with laughs along on the way.

On our second show, Rules As Written, we are joined by some of our favorite podcasters as we debate and discuss rules of fifth edition in our endless quest to push the game to its limits.

Check Out Our Latest Episode

We'd also love to hear from you! We have our own Discord server, which allows us to directly engage with you beyond Twitter. Join us as we chat about rules, characters, and RPGs in general.